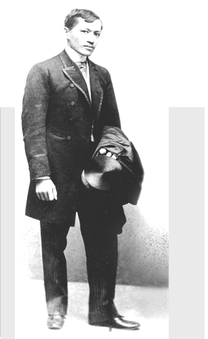 Dr Jose Rizal joined Logia Acacia No. 9 of the Gran Oriente de España in Madrid, Spain in 1883.  Biographer Austin Craig, in his address before Logia Nilad in Manila on December 30, 1915 recalled how “the late Tomas G. del Rosario, president of the Rizal Monument commission, used to tell how the martyr-hero was his (del Rosario) companion in the famous Lodge Acacia of the Gran Oriente de España at an earlier age than was customary and at a time when as yet few Filipinos had been accepted into the Craft”.  Rizal was 22 years old and a student at the Universidad Central de Madrid.
In 1889, Rizal joined the Logia Solidaridad which was first founded in Barcelona in 1886 and revived in Madrid by its original member, Julio Llorente who became its Master, with Marcelo del Pilar as Senior Warden,  Antonio Luna, Teodoro Sandico and others.   Logia Solidaridad  was admitted to the federation of the Grande Oriente  Español and chartered No. 53 on May 15, 1890.  Here he was made a Master Mason on November 15, 1890.
In 1891, as his second novel, El Filibusterismo was being printed in Ghent, Belgium, he applied for admission in the Temple de L’Honneur et de L’ Union, a lodge in Paris, France that had Dr. Trinidad Pardo de Tavera, Valentin Ventura and Dr. Ariston Bautista as among its members, (Fajardo 1996).  On February 15, 1892, he was issued a Master Mason’s patent by the Grand Orient of France, Paris. (Kalaw, 1920).
He was made honorary Worshipful Master of Nilad Lodge No. 144 when he returned to the Philippines in 1892.
Rizal is considered the greatest Filipino who ever lived; a genius who in his short lifetime became a physician, ophthalmic surgeon, poet, novelist, sculptor, artist, cartoonist,naturalist, linguist, ethnologist and an expert in other fields— a true renaissance man who saw no limits to what a Filipino, an Indio could do.  He challenged the confiscatory policies of the Dominican friar-landlords of the farms in his hometown Calamba, Laguna.   He wrote the novels Noli Me Tangere and El Filibusterismo that exposed the abuses of the Spanish friars and colonial government in the Philippines.
In 1892, he organized  “La Liga Filipina” a progressive league that aimed to unite the archipelago and involve the people directly in the struggle for reforms. Considered a serious threat, Governor General Camilo Polavieja ordered his arrest on trumped up charges. He was exiled to Dapitan in Zamboanga del Norte, Mindanao.
Four years later, Rizal was implicated in the revolution, charged with rebellion, sedition and conspiracy and executed on December 30, 1896.
General Emilio Aguinaldo, first president of the Philippine republic who was himself a Mason revered his greatness.  He was first to recognize Rizal as a national hero, not the Second Philippine Commission of William Howard Taft.  In a decree issued on December 20, 1898,  General Aguinaldo declared December 30, the date of Rizal’s execution as a national day of mourning.
​Rizal’s public recognition as a hero was solidified  when  the United States Philippine Commission passed Act No. 243 on September 28, 1901 that authorized the “use of public land upon the Luneta in the city of Manila upon which to erect a statue of Jose Rizal, from a fund to be raised by public subscriptions.”
​An international design competition was held  from 1905 to 1907.  An Italian sculptor won the first prize  but in a controversial decision,  the contract was awarded to the second prize winner Richard Kissling of Switzerland for his entry, "Motto Stella" (Guiding Star).  Work began in 1908 and on December 30, 1912, the remains of Dr Jose Rizal were re-interred at its base.  The monument was completed and unveiled in 1913.
​For sometime there was a great controversy over Rizal’s supposed  reconciliation  with the Roman Catholic church.   Papers and books were written alleging that his “retraction papers” were a forgery; citing inconsistencies in the Catholic church’s claim.  Many believe that he died a Mason.