Founders of the Katipunan

Residence of Deodato Arellano in Calle Elcano corner Azcarraga, birthplace of the Katipunan
On July 6, 1892 barely three days after forming the Liga Filipina, Jose Rizal was arrested on trumped up charges. The following day the Governor General, Eulogio Despujol decreed his immediate exile to Dapitan.   With this news, in the evening of the same day July 7, Liga Filipina members Ladislao Diwa, Teodoro Plata, Andres Bonifacio, Jose Dizon and Valentin Diaz  met at the house of Deodato Arellano.  Here they organized the KKK or "Kataastaasan, Kagalangalangang Katipunan ng mga Anak ng Bayan; popularly known as "Katipunan”; a  movement to advocate separation of the colony from Spain. They formed  the first two triangulos (triangles); a three-man unit designed to guarantee that only two members would be known to any member at any time.  The triangulo or “tungko”, became a cell called “Hasik” (to sow; scatter) whose job was to recruit members from their areas.  From these beginnings, the Katipunan spread in the provinces until its discovery by the Spanish authorities ignited the revolution of 1896.
Of the six founders, only two survived after the Philippine-American war; Ladislao Diwa who died in 1930 and Valentin Diaz who died in 1916.

The Founders
The six founders of the Katipunan were all members of Filipino lodges under the Grande Oriente Espanol.  Five belonged to Logia Taliba No 165; one from Logia Lusong No 185. 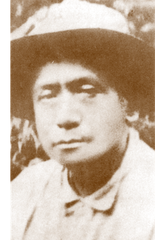 Ladislao Diwa was from Logia Taliba No 165, Masonic name Baguio.   A native of San Roque, Cavite, he was working as "Escribano del Juzgado"  when he was captured by the Spanish authorities in Betis Pampanga,  after the exposure of the Katipunan.   He was  released after the signing of the Pact of Biak-na-Bato.  Upon learning that he would be re-arrested, he fled to San Francisco de Malabon and joined the army of General Mariano Trias.  He was instrumental in the surrender of General Leopoldo Garcia Peña, in San  Francisco de Malabon in May 1898.   General Peña was the commander  of Spanish forces in Cavite.
Diwa served as  delegate in the Malolos Congress; survived the Philippine-American war and returned to Cavite. In 1906, he joined the formation and became Worshipful Master of Bagong Buhay Lodge No 291 in San Roque, Cavite. Ladislao Diwa died on March 12, 1930. Caridad Elementary School in Cavite City was renamed in his honor in November, 1964. 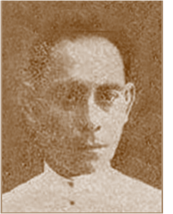 Teodoro Plata was a member of Logia Taliba No 165, Masonic name Balany.  He was the cousin of Gregoria de Jesus who became the wife of Andres Bonifacio.  He in turn married Bonifacio's sister Espiridiona.  He was a close friend of Ladislao Diwa and both studied at the "Universidad de Santo Tomas" (UST).  But he was not as fortunate as Diwa because he was executed at Bagumbayan (Luneta) on February 1897. 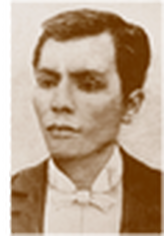 Also from Logia Taliba No 165, Bonifacio’s Masonic name was Sinukuan.  He was  the third (after Roman Basa), fourth and last Supremo of the Katipunan and led the start of the revolution in Manila in  1896.  He went to Cavite at the height of Spanish offensives to retake the province in late December 1896 reportedly, to mediate between the growing rivalry between the Magdiwang and Magdalo Councils. In an assembly at the friar house in Tejeros, San Francisco de Malabon, on March 22, 1897, it was decided to replace the Katipunan  with a new  revolutionary government.  He presided over the subsequent election where   General Aguinaldo was elected president in absentia.         When he was elected as Director of the Interior, his qualifications were questioned during his proclamation by Daniel Tirona. Insulted, he demanded an apology. Ignored, he almost shot Tirona if not for General Artemio Ricarte's intervention.  Furious, he dissolved the assembly and annulled  the election and  all proceedings.
Bonifacio convened another assembly the  next day at the same venue to affirm the annulment of the previous convention.  Bonifacio and his men then   proceeded to Naik to form another government and army.  He  refused to recognize the government of General Aguinaldo.  For such actions, he and his brother Procopio were charged with treason and sedition; captured  and tried by a Council of War.   They were  found guilty and sentenced to death.  Aguinaldo reportedly commuted the sentence to banishment but other generals prevailed and the execution order was carried out on May 10 in the mountains of Maragondon, Cavite. 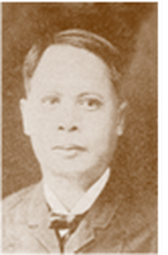 Deodato Arellano was from Logia Lusong No 185, Masonic name Buan.    He was the first Supremo or president of the Supreme Council of the Katipunan, 1892-93.  He was present during Rizal’s founding of  La Liga Filipina and was elected  its secretary.  He married Hilaria, the sister of Marcelo del Pilar. He worked as a clerk in the Maestranza de Artilleria or Spanish military arsenal in Manila. He was imprisoned in 1896 and went home to Bulacan after the first phase of the revolution.  At the outbreak of the Philippine-American war, he joined the army brigade of his nephew, General Gregorio del Pilar.  Arellano died of tuberculosis on October 7, 1899 while fighting in the Cordillera mountains. 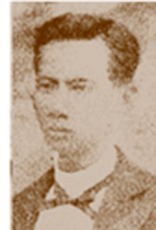 Jose Dizon, Masonic name Montgomery was the  founder of Logia Taliba No 165.  He served as Venerable Master of Taliba and  later became the Grand Fourth Vice-President of the Gran Consejo Regional de Filipinas. He was the uncle of Emilio Jacinto, son of his sister Josefa Dizon Jacinto.  On January 11, 1897 Jose Dizon and 12 other Masons and Liga members, were publicly executed at  Bagumbayan (Luneta.) 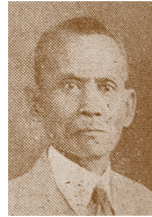 Valentin Diaz was a member of  Logia Taliba No 165, Masonic name Tupas.  Diaz was from Paoay, Ilocos Norte.  He became Oficial de Mesa del Juzgado de Binondo and like the others, joined  Rizal's Liga Filipina.  He served as a councilor in the Supreme Council of the Katipunan from 1892 to 1893.  He was one of the signatories of the pact of Biak-na-Bato and joined General Aguinaldo in exile in Hong Kong.  He served as Colonel of the army during the Philippine-American war.  Diaz died in 1916.